Thanks for showing GAY CHORUS DEEP SOUTH some love, ! ❤️

Check out 's fantastic article on why chose to make GAY CHORUS DEEP SOUTH their first venture into film!

GAY CHORUS DEEP SOUTH makes its debut screening at one week from today!!! We are endlessly grateful to everyone who played a part in making this film come to life, especially our friends at .

With 4 days until , here are 9 films to catch.
Much love and thanks to for including GAY CHORUS DEEP SOUTH!

The doc is about the power of people2people connections. In this moment, reminder that the vast majority of people are good & have much in common ⁦⁩ Why ⁦⁩ Produced ‘Gay Chorus Deep South,’ Its First-Ever Film – ⁦⁩

“Airbnb is in the space of telling stories of belonging & acceptance.”

David Charles Rodrigues' "Gay Chorus Deep South" () shows the San Francisco Gay Men's Chorus as they embark on a tour of the American Deep South. Watch the trailer below, watch the film May 10th at #NWF2019 #yeg

We're bringing GAY CHORUS DEEP SOUTH back home!!! The documentary chronicling our 2017 tour of the south will screen on closing night of the in San Francisco on June 30th!

It would be remiss of us not to shout out GAY CHORUS DEEP SOUTH director David Rodrigues for the incredible and tireless work he put into bringing our story to life. Check out his interview with below! 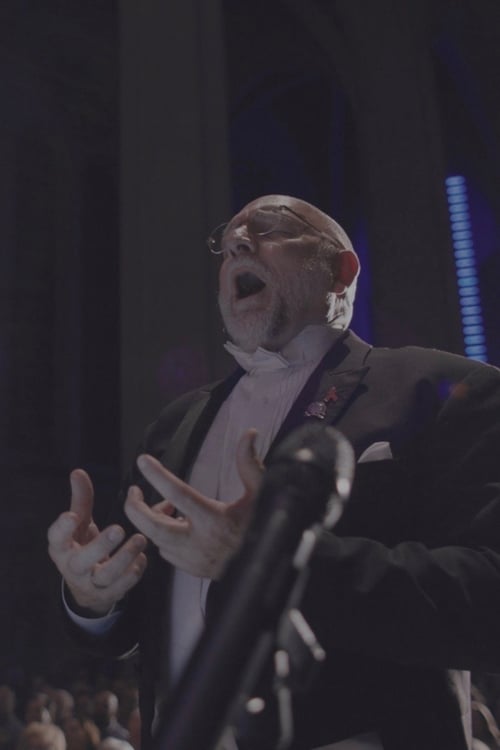 The very best team wraps at 1AM on a Monday and still wants to hang for crappy pizza after. 🖤🖖🏽🖤#gaychorusdeepsouth

Exactly one year ago today we wrapped principal photography on - 8 days shooting for 20 hours a day across 5 states in the south with the best team ever. This film is being finished soon and will be released early next year. Really can’t wait to share all the love and wild stories we filmed there.

The remnants of Room 2056 - our tiny temporary edit production space where we cut Gay Chorus Deep South. You will be missed, you will be honored, you will be saged on the way out. #gaychorusdeepsouth

Got some art up in the edit. #gaychorusdeepsouth

Our feature doc GAY CHORUS DEEP SOUTH will be premiering at the 2019 @Tribeca Film Festival. Honored that I get to tell these stories that are rooted in the south... This one being the intersection of religion and the LGBTQ community. So incredibly thankful to be able to collaborate with Director @davidas and Producer @cwjohnston80. What an amazing ride together over the past two years. Special thanks to the best camera assistant Freddie Whitman and the entire crew @jessemoss @jeffn8 @thorcore @kerioberly @beau_leon @melinda_gorham @lukewillis @heshsf @bfreece and so many more. Tickets will go on sale on March 26th. Click the link in my profile to learn more about our film and all the other screenings! [Link: https://bit.ly/2INh63N] . . . #tribeca2019 #tribecafilmfestival #cinematography #cinematographer #directorofphotography #dop #nyc #documentary #docs #sfgmc #gaychorusdeepsouth

Hello NYC friends! Get it!!!Tickets for @gaychorusdeepsouth @tribeca are now on sale! There are very limited tickets to the premiere with a special performance from the Chorus so buy yours now. The other two screenings are selling out fast too and will have a live Q&A with the filmmakers and featured chorus members. 🌈🔥🙏🏾❤️⚡️ link in bio and here: https://www.tribecafilm.com/filmguide/gay-chorus-deep-south-2019 #tribeca2019 #gaychorusdeepsouth

One year ago today we filmed the San Francisco Gay Men’s Chorus and The Oakland Interfaith Gospel Choir walking over the Selma Bridge along with activists who originally crossed with Martin Luther King. All to remind us the fight for equal rights continues and is more urgent than ever. Can’t wait to share our film with the world. #coming2019

Dr. Tim Seelig, artistic director and conductor of the Gay Chorus, faces his painful past performing at a Southern Baptist Church for the first time in 30 years. THREE WEEKS! Till the World Premiere @tribeca - we cannot wait to share Tim’s powerful story and many others featured in our film. #tribeca2019 #southern #baptist #church #equalrights #now

It's a special day, y'all. We made a movie and today we're able to talk about it. 'Gay Chorus Deep South' will have its world premiere at the Tribeca Film Festival on April 29th. This wouldn't have happened without the unwavering commitment of Director @davidas and Producer @cwjohnston80 (and a slew of others, too many to list here). I'm beyond proud of this team and this film which celebrates compassion above all things. Thank you @variety @tribeca @airbnb @gaychorusdeepsouth @sfgmc #Tribeca2019 #tribecafilmfestival #gaychorusdeepsouth

We are thrilled to announce that GAY CHORUS DEEP SOUTH - the documentary about our landmark Lavender Pen Tour with the Oakland Interfaith Gospel Choir - will be premiering at the 2019 @tribeca Film Festival! Tickets will go on sale March 26. To learn more, click the link in our bio. See you at #Tribeca2019! #lavenderpentour #LPTour #documentary #gaychorus #lavenderpentour2017 #sfgmc #oigc @oigc

The #german is on his way to experience many firsts in his life: • 1st time meeting up with #mum in the US • 1st time at the #tribecafilmfestival with the world premiere of the San Francisco Gay Men’s Chorus documentary “Gay Chorus Deep South” • 1st time experiencing #newyorkcity WITH my #husband - I couldn’t be more excited and grateful. • • • #germanintheusa #tourguideslife #joy #love #sfgmc #gaysanfrancisco #beardedgay #menover40 #scruff #thehappynow #storytelling #makemoments #grateful

This coming Monday, Squarespace is proud to present the world premiere of @gaychorusdeepsouth at the @tribeca Film Festival. Featuring #SQSPCustomer @sfgmc, the documentary has been selected as one of @variety’s top films to watch at #Tribeca2019. #GayChorusDeepSouth

Behind the scenes - and in the tub. #sfgmc #bridges #davissymphonyhall

Today is Martin Luther King day. By far the most important holiday in America right now in the Times we’re living. And now every year on this day I get to relive one of the most meaningful moments of my life when we filmed the @sfgmc and the @oigc performing at the AME Brown Chapel where It all started and then marched over the bridge not only in remembrance of the past but to honor the present struggle. We still need to fight with all the love we have. We still need to cross as many bridges as we can until there is no longer “the other” side. #comingsoon #spring2019

Show People with Paul Wontorek: Gideon Glick of TO KILL A MOCKINGBIRD

FROSTPUNK in a heat wave