Comments & Reviews to the Movie «Last Seen in Idaho»

Available TODAY on DVD and VOD “Last Seen in Idaho”.
So proud and excited for…

Thanks and for the great national TV coverage of Last Seen in Idaho! #LastSeenInIdaho starring and – & directed by – releases tomorrow (April 24) on DVD/VOD.

BEHIND THE SCENES: “Last Seen in Idaho”
APRIL 24 on DVD and VOD. Pre-order…

The movie's called "Last Seen in Idaho," but it looks more like the South Sound if you ask us. #Tacoma 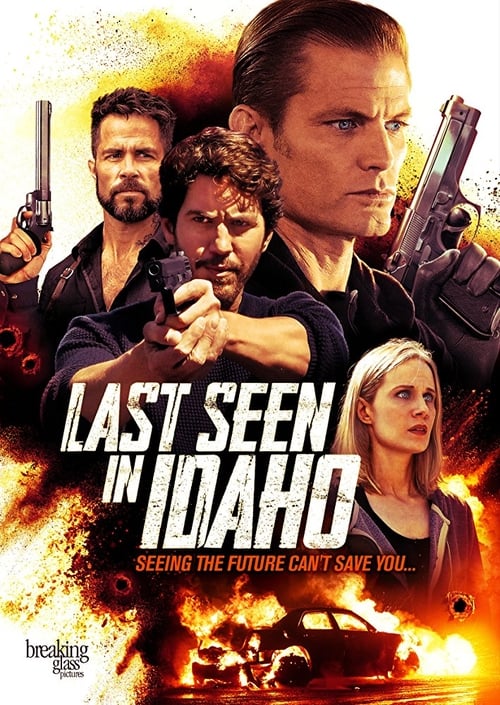 Is my character in danger, in love, or both? In less than two weeks, find out if @wes_ramsey ‘s dark and enigmatic character Franco has good or bad intentions in mind for my character Summer in the thriller LAST SEEN IN IDAHO from my production company Fireshoe Productions. Available on DVD and Video-on-demand on April 24th. Suspense, mystery, action, thrills, and romance, oh my!⠀ .⠀ Trailer & more info: www.LastSeenMovie.com ⠀ (& check out the film’s latest video teasers on my page)⠀ #femalefilmmakerfriday⠀

I feel so honored to have won Best Actress at the Gig Harbor Film Festival for our film Last Seen in Idaho. I take my hat off to our amazing cast & crew. Thank you @gigharborfilm for an awesome four days at the festival! Such beautiful craftsmanship went into making this cool award too.

Getting pump up for on April 24. @theshawnchristian gives the true meaning to the words #badass & #badtothebone with his character aka Lance. Being bad is so good. Check out @theshawnchristian @hallie.shepherd @caspervandien and the entire cast of #lastseeninidaho

Want to get in trouble with me? ? On April 24th, my thriller film Last Seen in Idaho releases on DVD & Video-on-Demand! Also stars @wes_ramsey @theshawnchristian and @caspervandien … Directed by @eric.colley.official

A film I directed, Last Seen in Idaho, will be released April 24th on DVD and VOD! Great cast and crew on this project. Check it out! Starring @hallie.shepherd @wes_ramsey @theshawnchristian and @caspervandien

Pulling another late night editing the Behind the Scenes for the Last Seen in Idaho DVD release on April 24th. Deadlines, deadlines! Distributor needs it soon. My right hand is killing me (tons of mouse work when editing), but… it will be SO WORTH it when you all get to see the cool on set footage and interviews with lead actors @wes_ramsey @shawnchristian5150 @caspervandien (and me too) and director @eric.colley.official and the rest of the cast/crew. There will also be some fun bloopers and extensive behind-the-scenes breakdowns of the fight scenes, chase scenes, and action sequences in the movie. #lastseeninidaho

The Last Seen in Idaho DVD has 52 minutes of Behind the Scenes on it! Interviews with me, @wes_ramsey @theshawnchristian @caspervandien and the rest of the cast as well as director @eric.colley.official ... Plus on set footage, action scene breakdowns, bloopers, and more. Releases on April 24th. Available for pre-order on Amazon.com. . More info, trailer, and teasers at: www.LastSeenMovie.com

Premier of Last Seen in Idaho. Whole cast and crew did amazing! Great to share a slice of the screen with the very talented @shawnchristian5150 ( ShawnC4real) and Hallie Shepard done by @Fireshoe #actor #film #tv #fireshoe #keepfilminwa

Last Seen in Idaho, the suspense/thriller starring @wes_ramsey @shawnchristian5150 and @caspervandien (oh, and me!) screens TONIGHT (Saturday) at 6:15PM at the Gig Harbor Film Festival. Come watch this fast-paced mystery directed by @eric.colley.official . Thank you to our fabulous cast, production team, and crew. Get there early to get a good seat!⠀ General tickets:⠀ https://www.eventbrite.com/e/gig-harbor-film-festival-2017-tickets-36601876197⠀ Film Fest site:⠀ www.gigharborfilm.org⠀ Movie trailer:⠀ www.LastSeenMovie.com/trailer⠀

SAVE your paint brush. Make It Last Forever.

Last Seen In Idaho 2018 Latest Movie Trailer Is Out Now

LAST SEEN IN IDAHO – Wes Ramsey - behind the scenes